CROSOL – the Croatian Platform for International Citizen Solidarity, in collaboration with Ipsos Puls, has published the results of a public opinion poll on Croatia’s presidency of the EU Council taking place in the first half of 2020. The research was carried out within the framework of the project “Towards an open, fair and sustainable Europe in the world – EU Presidency 2019-2021” funded by the European Union.

The purpose of the poll was to examine citizens’ attitudes and awareness on topics related to Croatia’s EU Presidency, the priorities of the Croatian Government and civil society organizations for the presidency, and the functioning of the European Union and the role of Croatia within it. Below is a summary of the key findings:

According to the results of the opinion poll, it is evident that citizens generally have a positive attitude about Croatia’s EU Presidency (they are aware that it is happening and think that it will be more beneficial than harmful for Croatia, etc.)

At the same time, it is clear that citizens have, to a large extent, identified the same priority topics for the Croatian Presidency of the EU Council as those highlighted by civil society, while there is a significant deviation between the priorities of citizens and those of the Government, especially concerning the fight against corruption and the rule of law.

Hence, we hereby urge the Government of the Republic of Croatia to make greater efforts during the Presidency to work on the rule of law, the independence of the judiciary and institutions, and the protection of human rights – in particular by defining a mechanism within the next EU budget that will prevent the transfer of EU funds to those members who violate the rule of law.

Furthermore, we call on the Government of the Republic of Croatia to become more involved in the fight against climate change.

Unfortunately, these two topics have not yet been recognized through the specialized conferences that the Government intends to hold during the Presidency.

The results of the survey are available here: 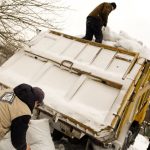